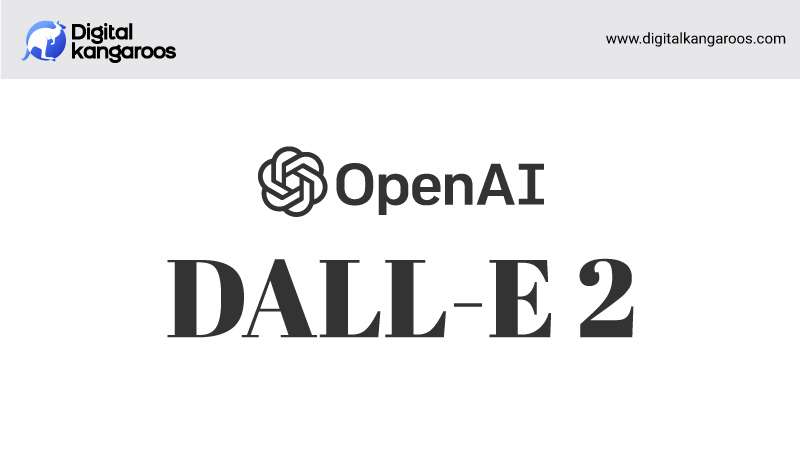 After its success with DALL-E, launched in January 2021, Open AI returned with a bang with improved AI- DALL-E 2. It has gained hype amongst digital marketers ever since.

DALL-E 2 was released as a research project with a never-ending waitlist. However, they did open-source CLIP, which forms the basis of DALL-E 2. On 19 May 2022, Open AI tweeted that DALL-E 2 will be onboarding 1000 people each week and would continue to enhance the system.

On 28 September 2022, Open AI posted a blog stating that they were removing the waitlist for DALL-E 2. With this new release, people hurtled to DALL-E 2, and as of 7 January 2023, DALL-E 2 has over 3 million users generating 4 million images every day.

So if you are interested to know more about what DALL-E 2 is and how to use DALL-E 2, stay with us till the end. Because we’ve got something insightful to share with you.

DALL-E 2 is a groundbreaking artificial intelligence (AI) system developed by OpenAI that is capable of generating high-quality images from textual descriptions. The AI is programmed in a way that starts with small dots and develops an image, understanding the image description, via a process known as diffusion.

DALL-E 2 is better than DALL-E in image processing and resolution. Below is an example of the same output generated by DALL-E and DALL-E 2.

The CLIP embedding is sent to the diffusion prior that produces an image embedding.

As the name suggests, the decoder, or the unclip, decodes the embedded message. The embedded image is sent to the diffusion decoder to produce the final image result.

1. The ability to generate high-quality images from text descriptions, including both realistic and stylized images.

2. The ability to generate images of objects and scenes that are not present in the training data allows for the creation of novel and unique images.

3. The use of a transformer-based architecture enables the model to effectively process long-range dependencies and generate images that are coherent and consistent with the input text.

4. The ability to generate images of various sizes and resolutions, depending on the needs of the user.

5. The use of a multi-modal and hierarchical latent space allows the model to generate a wide range of images with a variety of shapes, sizes, and textures.

6. The ability to generate images with fine-grained details, such as facial expressions and intricate patterns, allows for the creation of highly realistic and visually appealing images.

7. DALL-E 2 is designed to create related images from a provided image, varying in size and orientation.

9. It can add/remove components from an existing image. It is also designed in a way to add shadows, reflections, and textures according to the added components.

10. DALL-E 2 has a feature called text diff. With this feature, DALL-E 2 can change one image to another.

11. With the interpolation feature, DALL-E 2 can show the “ageing back” of a particular image.

Limitations and Risks of DALL-E 2

We have discussed the positive aspects of DALL-E 2, now let’s move on to the risks and limitations.

Creating digital images via DALL-E 2 and not disclosing the involvement of AI in your work is against the content policy of Open AI.

With the DALL-E subscription you can remove the watermark, but depicting the work as human-generated will be considered misleading to the audience.

Although it is possible to detect the slight difference between deepfake images, DALL-E 2 is programmed to create real-looking images. Creating and spreading false news like wildfire is strictly against DALL-E 2’s policy.

DALL-E 2 refrains individuals from creating almost genuine photoshopped images and using them to harass or threaten someone. It is against the policy to promote any content that depicts self-harm or encourages one to do so.

Although DALL-E 2 is great at generating all kinds of images, it is terrible with spelling. The CLIP embeddings play a major role in the outcome images. If the CLIP embedding is not familiar with the word, it would generate insignificant outputs.

Melanie Mitchell tweeted that the DALL-E 2’s AI has limited intelligence and is somewhat closer to human-level intelligence but not quite there. It is unable to understand some patterns and generate 100% appropriate results.

Evan Morikawa shared a tweet depicting the outcomes of two similar prompts and the difference between them.

DALL-E 2 is a powerful, creative tool if channelled the right way. However, with constant updates in AI, there will be no such tool to match its power.

But you, as a user, should be cautious when creating content on DALL-E 2. With all the good aspects comes the negative. But if used in the right way, it is possible to overpower the negatives.

Stay tuned with Digital Kangaroos, a leading web development company in Ludhiana, and we will be back with the latest blogs on digital marketing and web development.