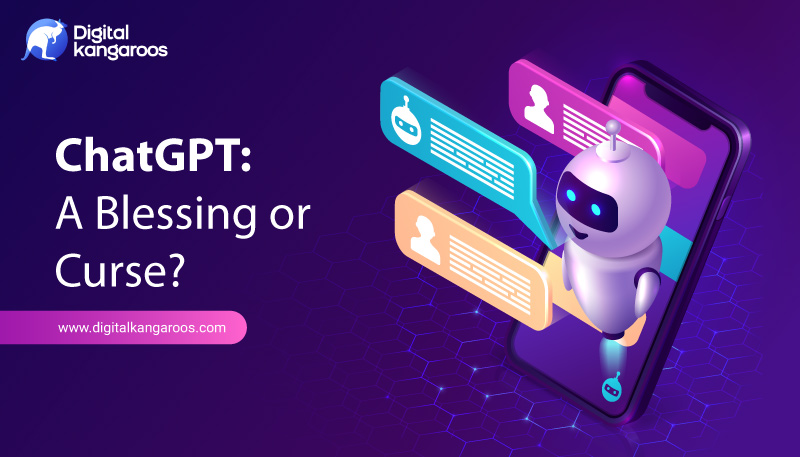 ChatGPT, Generative Pre-trained Transformer, is a new-age chatbot developed by OpenAI and was officially released on November 30, 2022. OpenAI is a San Francisco-based startup founded by sharks like Elon Musk and Sam Altman that conducts research in the field of artificial intelligence intending to develop a friendly AI that will benefit humanity as a whole. It gathered a tremendous response from users worldwide within a few days of its launch, and it is still a part of every tech geek’s conversation. The fact that it can generate human-like text and converse just like a human, makes it different from other monotonous chatbots. Other than ChatGPT, OpenAI has also developed DALL-E 2, a deep-learning model that can generate images from text descriptions. It can be used to generate images for video games, virtual reality, augmented reality and 3D modelling. The team OpenAI is working actively on it to improve and refine it more.

Currently, ChatGPT is working on the GPT-3.5 version, and it’s more of a prototype that was launched so that people could play along with it and the chatbot could be trained on the actual data sets. With the sheer accuracy and range provided by this version, one can’t imagine what the next generation of GPT-4.0 will bring along.

The ChatGPT can be used in all sorts of fields for a variety of purposes. Students can use it to create assignments and solve complex problems. IT professionals can use it for programming and finding code bugs. Marketers can use it to generate blogs and content. Not just this, ChatGPT can also generate poems, scripts, songs and short stories in a range of emotions and senses.

Well, that is not all, ChatGPT is not just another chatbot but few people opine that it might even replace its competitor Google shortly. The fact that ChatGPT communicates with an individual, remembers the previous chat and generates quick, relevant and concise responses makes it superior to Google search. In the case of Google search, it shows multiple site links and the user has to spend some time to find the relevant answer that suits his requirements, unlike ChatGPT which is more direct, clear and concise with its result. Having said that, Google, being a monopoly, will also not drop its guard easily and it is said to be working intensively on a chatbot of its own called LaMDA, or Language Model for Dialogue Applications. Also, Google Search might be irrelevant in the future, which would make Google replan its whole structure as Google Search alone is generating 80% of its revenue from digital ads. The same will also make it difficult for digital marketers to understand and adapt to the new digital space in order to survive this change.

ChatGPT is undeniably good already and it’s just going to get better with time. But the main question here is

Are We Even Ready for it?

The fact that it is going to affect the job market is evident, no matter how much it is denied, it is a harsh truth. The day is not far when technologies like artificial intelligence, machine learning and automation will take over most manual jobs across all fields. Interestingly, it will also create new jobs that are not even known right now. One needs to be a pioneer and expert in their field and adapt to the changes in order to sustain and survive the new times. The quick and concise response from a computer programme is making humans go gaga about it, but the fact is that it can limit the human thought process in the long run as everyone will keep on relying on it even for the smallest of things. Moreover, it will also restrict creativity since automated content generators will dominate future content, and the internet is expected to flood with mediocre content.

For those who do not understand the technology, ChatGPT at this point, is like a child learning languages from people around and getting trained and just like a child, ChatGPT is not conscious, at least as of now. This is just not about jobs anymore at this point, but what if they outsmart its developers and turn out to be something we don’t want it to be? It sounds like a Hollywood fiction movie, but how this technology will evolve, no one really knows.

At last, although it is extremely important to improvise and innovate the technology for betterment and convenience of humanity, it is evident that, with all these advancements, we are making it difficult for mankind to sustain and the question we need to ask ourselves is:

Are We Digging Our Own Graves?

Also, check out our blog on DALL-E 2, another next-generation venture by OpenAI.